This store had old, bare 5ft batten fittings, each with two 58-watt fluorescent tubes. There were many damaged fittings with failed components and non-functioning tubes. The overall brightness of the store was significantly impacted, and maintenance and safety costs on the lighting were extreme.

Ozwide were engaged to return the store to a minimum lux avg of 600lm throughout. We redesigned the layout which saw the project re-wire and installed new LED panels throughout. This site allowed no works to be completed during hours, so nights-works were scheduled and managed.

The LED upgrade, and redesign to install the new lighting exactly within the isles, has made a marked difference to the space. The displayed stock on shelves is notably more illuminated, and the annual lighting bill savings for this store were significant. 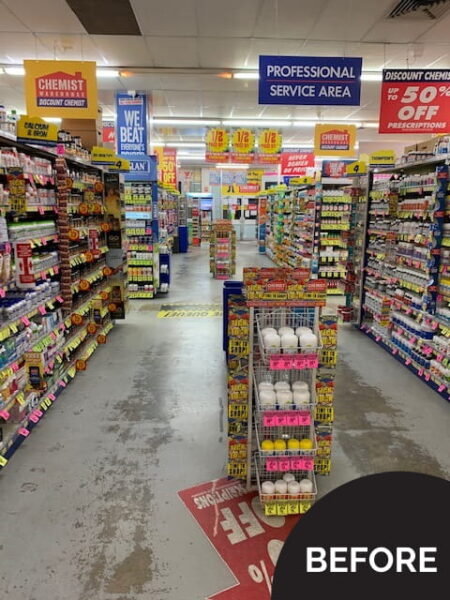 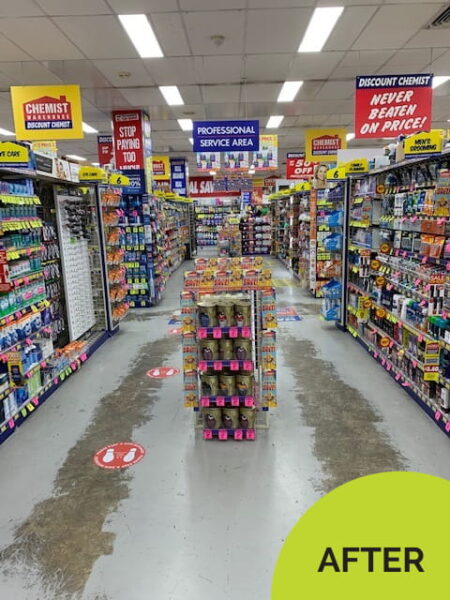 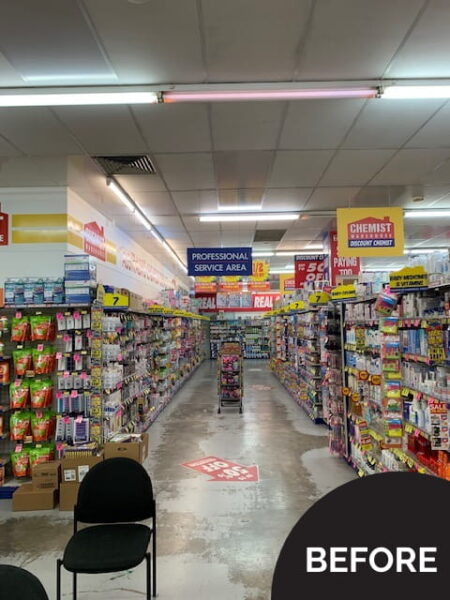 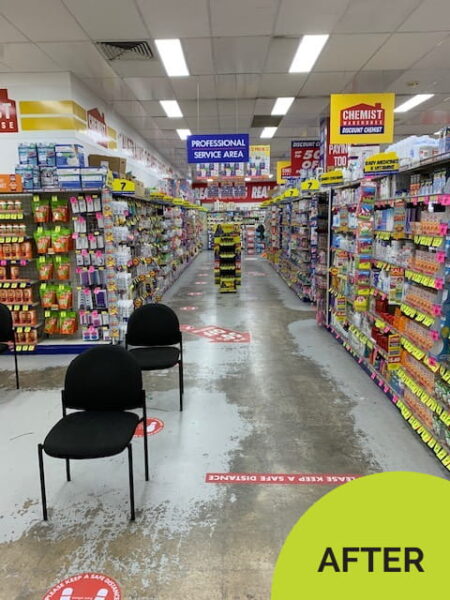 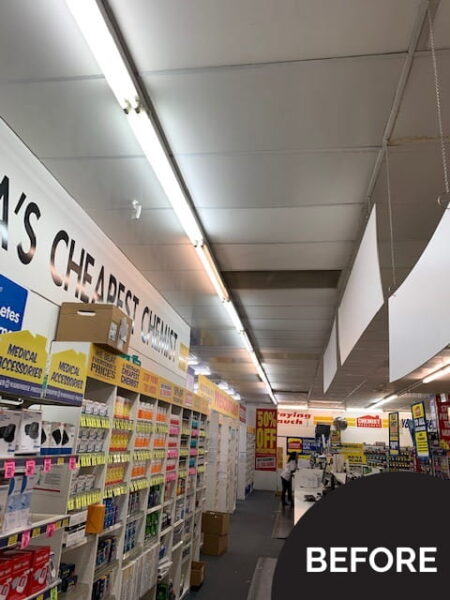 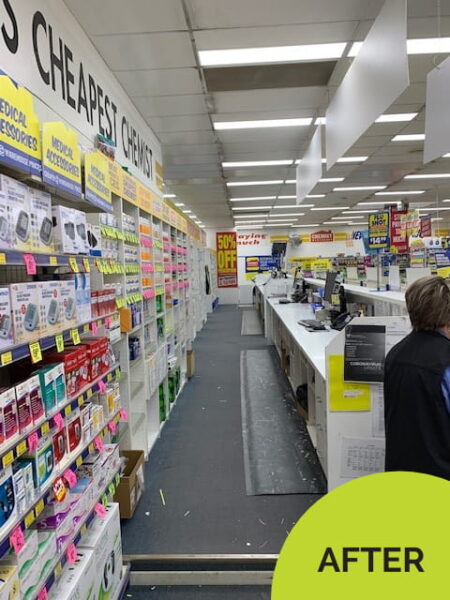